Threats 5 and 7 - The Demographic Cliff and Geographic Redistribution

Threats No. 5— 2026 “Demographic Cliff” and No. 7—Geographic Population Redistribution

Following the Great Recession, birthrates in the U.S. dropped dramatically across the population. These are the children that will enter traditional college age in 2026. As Nathan Grawe reports, “Between 2025 and 2029, the number of college-going students will decline by 15%—that’s over 400,000 fewer students in a span of four years.”

There have been birthrate declines in the past, including following the Great Depression and the end of the baby boom. In both cases, birthrates picked up again, but that is not yet true this time. Also, following the baby boom, we saw an increase in the percentage of 18-year-olds enrolling in college, which as I wrote a few weeks ago, is also in decline.

These impending deficits are exacerbated by the recent drop in new international students, whom many college  leaders in the U.S. had hoped would fill the impending enrollment gap.

The U.S. population is in the midst of significant geographic redistribution. In the last four decades, the populations of New York and Illinois grew 11% and Pennsylvania grew 8%, while the national population grew 46%. During that same period, California grew 67%, Texas 102%, and Florida 119%.

The redistribution of urban populations has been more dynamic. New York City grew 22%, Los Angeles 37%, San Diego 66%, and Phoenix 117%. The population of Philadelphia fell by 7% and Chicago fell by 11%. Detroit plummeted by 45% moving from 6th place to 26th in 39 years.

These changes will have a wildly varied impact across higher education. Some institutions will see influxes of new students migrating in their direction; others will need to make adjustments to respond to a declining traditional market share. The most elite institutions are unlikely to experience much impact because their demand curves are so high.

If one looks at where the majority of private, non-profit liberal arts colleges are placed, they are not where the growth of population is occurring. Likewise, the preponderance of these institutions  are where populations are stagnated or declining. 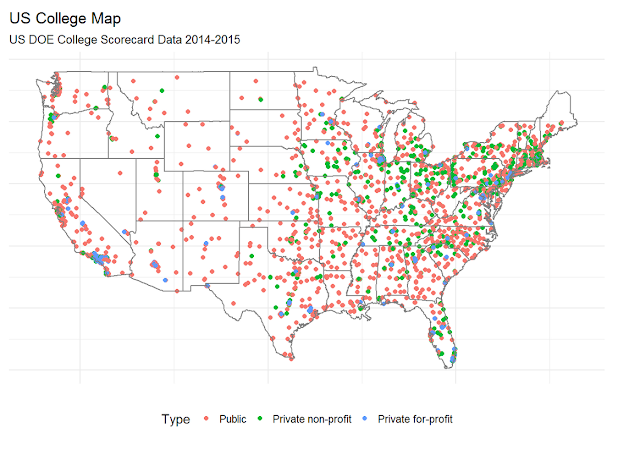 One significant population that may provide a buffer for institutions for whom the demographic cliff looks like a train headed their way is the significant population of non-completers. There are currently over 36 million people in the U.S. who have left college since 1993 without receiving a credential. Rethinking our audience by engaging those students will be an important step in sustaining our missions.